Public Sector Morale Drops in First Half of 2012 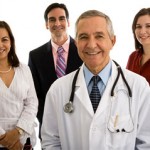 Totaljobs.com has carried out research that reveals public sector morale to be lower than it has ever been before, with industrial relations worsening. Only 17% of people working in the public sector say that morale is high, while 53% say that it is currently low.

Some of the key reasons for the drop in morale are proposed changes to benefits, job cuts and a three year pay freeze. Many people – 40% - from state and local government organisations said that they thought the public sector is no longer an attractive career, and a significant majority (64%) said that they felt the perception of the sector from the public has fallen.

The Director of Public Sector at Totaljobs.com, Mike Booker, commented on the findings:

“With debates on how to keep experience and expertise within the public sector, it is vital that organisations remain attractive to jobseekers today so that it isn’t left with staff who cannot continue to support a complex programme of reforms. That is made all the more difficult by a drop in morale, worsening industrial relations and the impression that the public is less supportive of the sector in general.”

“Those with experience are often on higher wages because of their seniority and can therefore appear an easier way to cut wage bills. But with those senior members of staff goes the decades of experience and loyalty to the organisation which is difficult to replace, especially as morale falls amongst those still working in the sector.”

The results of the research come after public sector pay has been frozen for three years, and workers have seen their real pay decrease.

← Poll: Which employment benefit is most important to you?
Guest Post: Top Ten Tips on How LinkedIn Can Get you Headhunted →